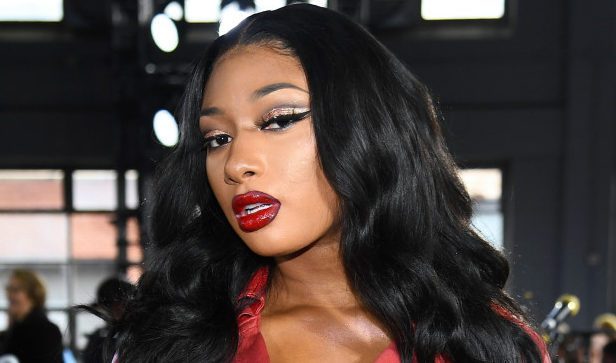 *Megan The Stallion has filed a lawsuit against her record label (1501 Certified Entertainment) and its CEO, over refusal to let her release new music after she asked to renegotiate her contract.

The hip-hop star said the release of her next album, Suga, may be delayed due to her contract dispute with the Houston-based indie label, owned by ex-baseball player Carl Crawford, which she signed to back in 2018.

Megan took to her Instagram Live to discuss the disagreement, noting that when she signed the contract at age 20, so she couldn’t fully comprehend the details…. “I didn’t really know what was in my contract,” she said. “I was young.”

She goes on to say that when she signed with JAY-Z’s Roc Nation for management, their lawyers noted that her she pretty much signed a crappy contract with 1501.

OTHER NEWS YOU MIGHT HAVE MISSED: WATCH: How Joe Biden & Bernie Sanders SKIPPED OVER BLACK AMERICA and the coming Super Tuesday Democratic Showdown

Megan Thee Stallion says that 1501 isn’t letting her drop new music due to her requesting to renegotiate her contract.84.4K3:34 PM – Mar 1, 2020Twitter Ads info and privacy18.2K people are talking about this

According to TMZ, a Texas judge has granted Megan a temporary restraining order against 1501, barring the label from blocking music she plans to put out on Friday.

This restraining order also seeks to prevent the label from attacking her on social media, as Crawford and Rap-a-Lot Records’ founder J. Prince have allegedelly launched a smear campaign against her online. One example of this is the recent resurfacing of a five-year-old arrest mugshot.

Y’all get seeing black women be empowered….hate it here. #FreeMeg #FreeTheeStallion @theestallion my momma said “God closes doors to open roads”. Like you said when you ain’t do nun wrong you gone be good. Karma is a mf8,2273:39 PM – Mar 1, 2020Twitter Ads info and privacy2,134 people are talking about this

The lawsuit spells out what Megan considers to be the worst parts of the deal she has with 1501. She says that she got a $10,000 advance when she signed, and that the label gets 60 percent of her recording income. Of the 40 percent she gets she still has to pay engineers, mixers, and other artists who are featured on the tracks.

She also has an issue with income from live gigs, which she claims are more beneficial to the label than they are to her as 1501 has the rights to 30% of the money she makes from performances. That 30% number also goes for merchandising.

She further says in her suit that money from touring and performances goes directly to 1501. Megan says they’re supposed to give her a statement for what she’s owed, but that their accounting has been “purposefully and deceptively vague.”

The suit notes that Megan has earned at least $7 million through streams (over a billion) and 300,000 individual track downloads, but the label has only paid her $15,000, Billboard reports.

A hearing is scheduled for March 13 to determine if the temporary restraining order will end or be extended.